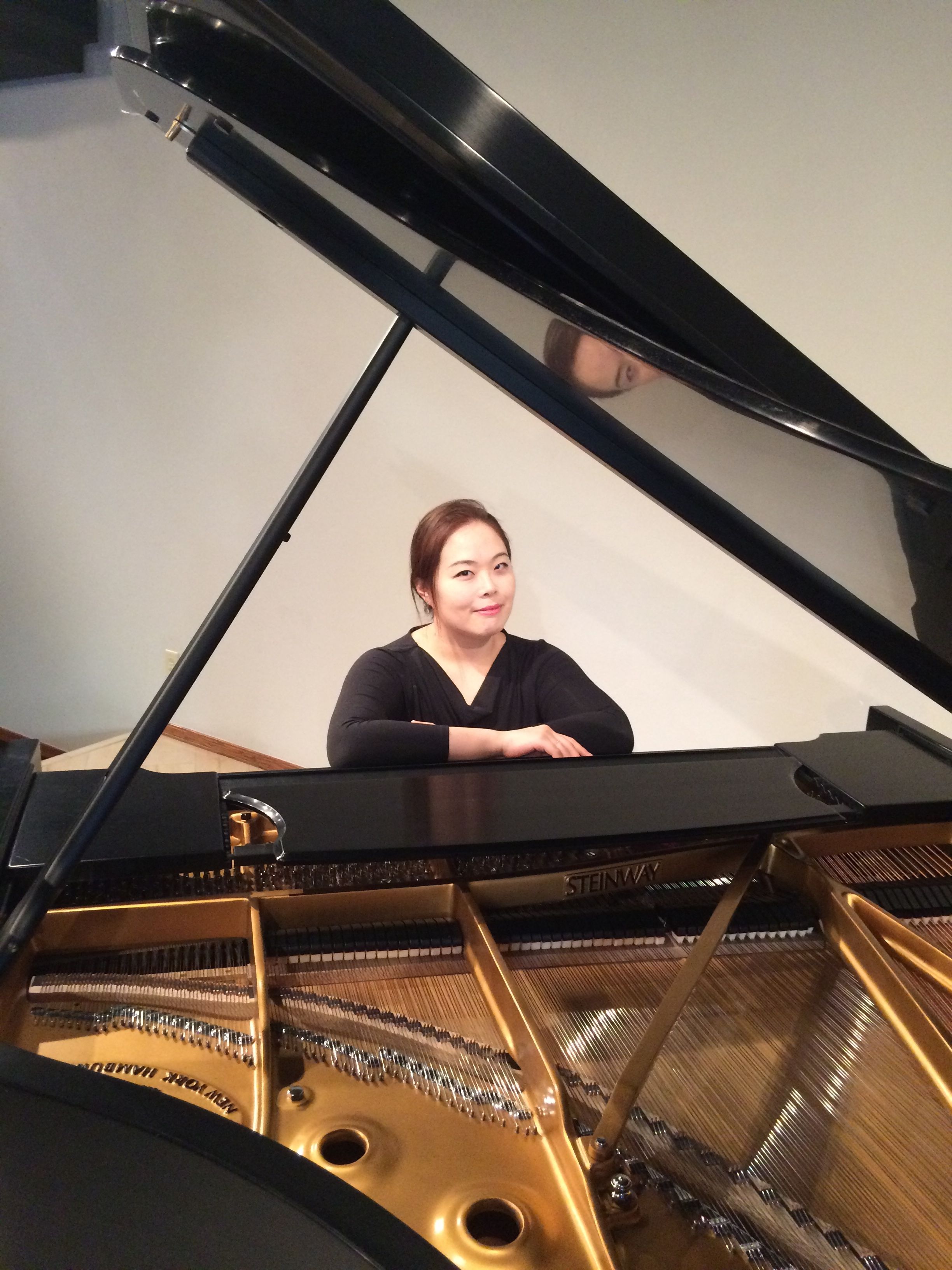 Pianist Soo Yoen Kim enjoys a diverse career as a soloist, chamber musician, accompanist, orchestral player, and music educator. She has performed recitals at prestigious venues such as Carnegie Hall and Steinway Hall in New York and Centennial Hall in Tucson. She was one of the soloists of the Chopin 200th Anniversary Gala Concert at the World Financial Center, New York, and the opening concert at the Lucca Music Festival in Italy. She won the First Prize in the American Protégé International Piano Competition 2014 at Carnegie Hall in New York. In 2012, her performance at the International Bösendorfer Piano Competition was broadcast live on NPR Arizona Public Media. She is the Second Prize Winner of the Louis Trester Competition 2013, Arizona, and the winner of the Duquesne’s Concerto Competition 2011. Before coming to the United States, she was the First Prize winner at the Korean Youth Piano Competitions. Soo Yoen received a Bachelor’s degree in Music from Yonsei University, Korea, a Master’s degree in Music from the Mannes School of Music, the New School, New York, and an Artist Diploma from Duquesne University, Pittsburgh. Soo Yoen is currently finishing a doctoral degree at the University of Arizona. She worked as a teaching assistant at Duquesne University and the University of Arizona, and as an accompanist for the University of Arizona Opera Production, and Arizona Choir. She was invited to and participated in masterclasses given by world-class pianists such as Richard Goode, Murray Perahia, Oxana Yablonskaya, and Stephen Kovacevich.